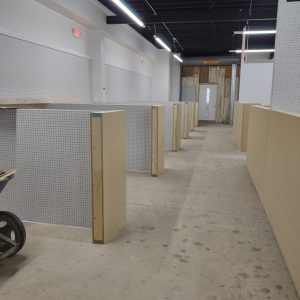 Things continue to grow at the Ste. Genevieve Antique Mall.

Located in the old Kisco Boiler Works building – the original wing dating back to 1903, the mall will be expanding into the second phase this spring, with another 27 booths set to open.

By August, they hope to have Phase III open in time for Jour de Fete. That will mean another 64 booths.

“We have graphed out that we’ll have 64 booths in this space,” said Gretchen Roth, who has done the interior design work on the building.

“Everybody who comes in is excited, asking when it’s going to open,” Roth said.

Dr. Patrick Fahey and Dr. Susan O’Donnell purchased the old factory building in the summer of 2021, with the goal of saving it and reclaiming it for a new purpose. After an Oct. 24, 2021 tornado destroyed the giant St. Mary Antique Mall, several vendors from St. Mary needed a place to store their goods while they considered their options. Fahey and O’Donnell made the building available to them for this. Many began to ask about renting space there.

Phase I opened the beginning of August and has been a big hit. Phase II will be set up in a similar manner.

“I’ve loved antique malls all my life, so I know what I like and what I don’t like about them,” Roth said. “I wanted something bright and cheery, and non-claustrophobic.”

One difference will be addition of a coffee, wine ad beer bar. 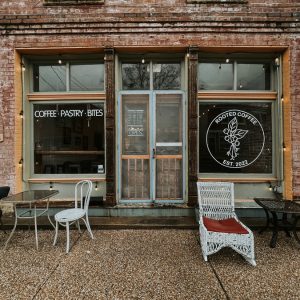