STE. GENEVIEVE, Mo.  —  Valle Catholic gave another competitive first half only to wear out in the end, falling to Chaffee 35-21 Thursday night (1.5) at the VCHS gym.

Neither team could get a shot to fall it seemed in the first 16 minutes. The game was tied a 6-all after one quarter and 9-all at halftime.

Brooklyn Weibrecht had five points, Madelyn Griffard had four points and Nicole Gegg hit a 3-pointer. They were 7 for 12 from the charity stripe after just hitting one freebie the night before.

Chaffee’s Rayney Held scored all of her team-high 14 points in the second half. Malinah Robertson had nine points. They were just 4 for 8 from the foul line.

CRYSTAL CITY, Mo.  —  Madelyn Griffard scored a team-high 10 points and Valle Catholic had another competitive first half, but it was not enough at the Avel B. Popp Gymnasium at Crystal City High last Wednesday (1.4).

The staff-shorten Warriors (1-10) trailed 10-6 after one quarter, 18-14 at halftime, but the host Hornets pulled away in the final 16 minutes. Valle trailed 33-25 heading into the final frame.

Bri Hibbetts added nine points with a 3-pointer, while Ryle Overmann had six points. They were just 1 for 6 from the foul line.

Crystal City’s Kate Eisenbeis led everyone with 16 points, including 12 in the first half. They were 4 for 10 from the free-throw line.

The Warriors visited St. Vincent this past Monday (1.9), then were host to the Grandview Eagles for nonconference action Tuesday (1.10).

On Monday, Jan. 16, they head up the hill to face crosstown foe Ste. Genevieve. Each game is set for 6 p.m. Varsity start. 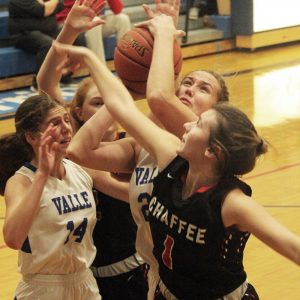 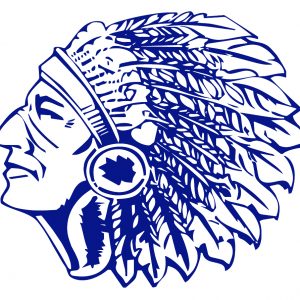