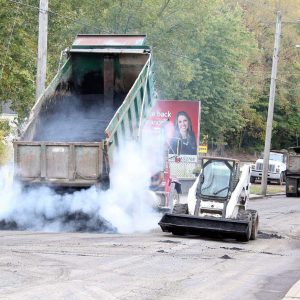 City Administrator Happy Welch told the Ste. Genevieve Board of Aldermen that the city’s thin hopes of getting American Relief Plan Act (ARPA) money to help with water main replacements did not come through, during a work session last Thursday.

“We were [ranked] like 264 out of three hundred and some, so even if everybody at the top said, ‘No thank you,’ we were never going to get that money,” he said. “It shows you the need in the state. There was over a billion dollars requested, and they only had $410 million.”

Therefore, the city will go back to its consolidated plan, which had allotted $315,000 for the water main project. Inflation has killed the chances of actually bringing the work in for that figure, but Welch said he can  “get close to that” at $388,000. This would necessitate tapping into the reserve fund.

He said he added 20-25% to the latest prices to try to account for rising prices.

A bit over $107,000 could be knocked off that figure if only part of Oakwood Drive were done.

“What we could do is we could also set up the bid to be an add-alternate and add the second phase of Oakwood and then if it comes in within the budget, then we could just accept it,” Welch said.

The Oakwood main is four-inch cast iron and would be replaced by six-inch CVC pipe.

“I think if we don’t know what prices are going to be like, using it as an add-alternate would be a good course of action,” Ward 1 Alderwoman Susie Johnson said.

It was agreed to do so.