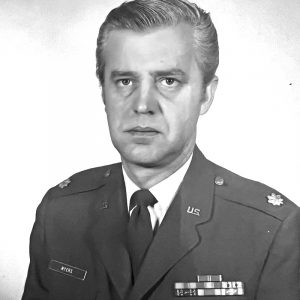 In lieu of flowers memorials may be made to The Foundation for Restoration of Ste. Genevieve or Tunnel to Towers Foundation.

Frank received his BS in Agricultural Engineering from Pennsylvania State University in 1955.  He completed Squadron Officer School in April 1961, Flexible Pavement Maintenance Course in 1962, Photographic Terrain Analysis Course in 1969, Executive Engineering Course in 1971, Environmental Protection Course in 1972, earned his Masters in Business Administration from George Washington in 1974, Senior Professional Military Education at Industrial College of the Armed Forces in 1973 and his Masters in Education from Boston University in 1977.

Online condolences may be left at www.baslerfuneralhome.com