It was not an unusual scene Saturday morning at Hope Church as Mary Hassler, Brandy Normann and Becky Cooper packed the final shoeboxes for Operation Christmas Child and then packed those into shipping boxes.

For years, Hope Church has been the local distribution point for shoeboxes, which then go to the regional center for shipping around the globe.

The program, under the auspices of Samaritan’s Purse, sends shoeboxes of toys, hygiene products and things children here take for granted like notebook paper, pencils, pencil sharpeners and magic markers, to needy children around the world – often in war-torn regions.

The 857 shoeboxes loaded into a truck Saturday for shipment to the regional site, however, could have been the last local collection to take place.

Cooper who served as collection center coordinator at Hope Church for several years, was no longer able to make that commitment. Hassler stepped into the role two years ago. However, she and her husband, Mayor Paul Hassler, will be retiring and moving from the area next year.

Samaritan’a Purse calls Operation Christmas Child’s mission “to demonstrate God’s love in a tangible way to children in need around the world” on its website.

Since 1993, more than 198 million children in more than 170 countries and territories have received an Operation Christmas Child shoebox. For many of these children, it is the first gift they have ever received.

“If someone doesn’t step up, there will no longer be a collection center in Ste. Genevieve,” Hassler said. 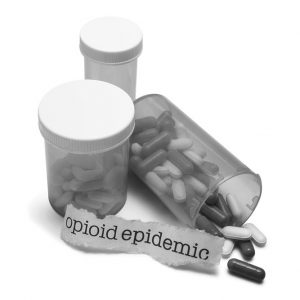