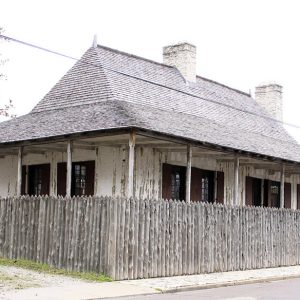 The joint tourism group wants to put more focus on promoting historic downtown Ste. Genevieve including its architectural jewels like the circa 1793 Louis Bolduc House.

Prior to tackling the tourism director position, the combined Tourism Advisory Council ad Tourism Tax Commission got an update from City Administrator Happy Welch during the Nov. 15 meeting, and look at some advertising campaigns.

Welch gave the group an update on tourism activities.

He reminded them that the Ste. Genevieve Holiday Christmas Festival was Dec. 3-4 with activities kicking off at 10 a.m. that Saturday, and that French Colonial America was hosting Allee Allumee Dec. 2, 9 and 16, 6-8 p.m., each date.

He reported that visits to the visitstegen.com website were up 102% in October, averaging 200 visits per day. The Instagram reach was up 24%. He said the most popular pages were “Things to do” and “Lodging.” He reported that 1,690 visitors came to the Welcome Center in October.

He said The Travel Planners Radio Show, which is on more than 25 stations from Nevada to Colorado, Arkansas, Missouri, Illinois, Virginia and Florida, had been in town doing a show. He called it “a way to promote the city.” He said the show also gave the city an audio file that can be used on the website.

He also told them about a $2,000 email ad package with Preservation magazine. This is about $1,200 off the regular price. “They’re trying to get us back in,” Welch said. The city has run print ads before in the magazine.

The email banners could reach more than 280,000 people. It was agreed that these would reach “a particular set of people,” which love historic architecture and local history.

After some discussion, it was decided to go with the email ads. Preservation personnel will help Welch craft the ads.

Welch said he would like to put more focus on the historic downtown.

“Outside of the homes we highlight with the vertical logs, we have some nice-looking homes that are historic and have been preserved,” he said. “It is something that engages those folks. It is a particular set of people.”

“I’d like to hit the preservation part of it,” Welch said, “the whole downtown.”