Dinah Deane Arand (née Weiler) of Union, MO was born December 4, 1954 in Perryville, MO; the daughter of Ernest Weiler and wife, Patricia (née Resinger). Dinah passed away Thursday, November 3, 2022 at the age of 67 years after a long and courageous fight against Stage 4 Metastatic Breast Cancer. 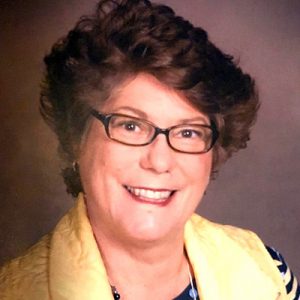 She received her education from Valle Grade School and Valle High School (class of 1973) in Ste. Genevieve, MO, where she was named Senior class female athlete of the year. She went on to earn her Bachelor’s Degree in Education from Southeast Missouri State University in Cape Girardeau in 1976, graduating in only three years. During college, Dinah was also a member of the Meraqua Synchronized Swimming Team and participated in dance marathons.

She was united in marriage to David Arand in February of 1977 at Ste. Genevieve Catholic Church. The couple made their home in Ste. Genevieve before moving to Topeka, Kansas where she taught Kindergarten at the Holy Name Catholic School from 1977-1980 while David was in law school. After Dave’s graduation, they made their home in Union, and their marriage was blessed with four children.

In Union, Dinah became a teacher at Immaculate Conception School, where she remained for the rest of her career. She started the first full time kindergarten at IC, and after teaching several grades, she assumed the role of Junior High math teacher. When her students progressed to high school, their outstanding math skills cemented her legacy as an effective and caring teacher.  Beloved of her students and colleagues, she retired from Immaculate Conception School in January 2017 as a result of her diagnosis.

Dinah was a member of Immaculate Conception Catholic Church and the Daughters of Isabella Union Circle #391. At Immaculate Conception, Dinah was a co-Chairperson for the Parish Fall Festival for 2 years. She coached and ran the I. C. Scholar Bowl teams for several years. She was also a force in the Pro-Life Movement organizing and leading annual Pro-Life trips with 8th grade students to Washington D.C. every January for several years. She was also a member of the Golf League at the Franklin County Country Club and Birch Creek Golf Course.  She loved being at the beach or the pool.  She loved dancing with Dave, and also enjoyed quilting and made a quilt for each of her grandchildren. Dinah, like all teachers, loved snow days, even after her retirement. But she cherished most the time spent with her family and friends, and she will be dearly missed.

Dinah was preceded in death by her father, Ernest Weiler; her grandparents: Herman and Olga Weiler, and Everett and Mildred Resinger; and one uncle, Robert Resinger.

Burial followed in the Church Cemetery.

In lieu of flowers, memorials are preferred to Immaculate Conception School.

The Arand Family was served by Oltmann Funeral Home in Union, MO.