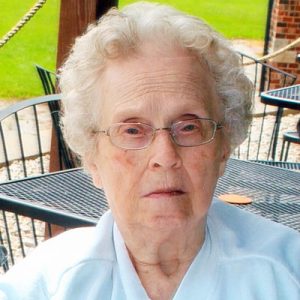 Burial will be at Valle Springs Cemetery.

Memorials can be made to Sainte Genevieve Catholic Church or to Crown Hospice.

She was a member of the Church of Sainte Genevieve and the VFW Auxiliary.