JEFFERSON CITY, Mo.  —  The Missouri Department of Conservation (MDC) reminds deer hunters that it will be holding mandatory CWD sampling during opening weekend of the November portion of firearms season, Nov. 12 and 13, for hunters who harvest deer in 34 of 38 MDC CWD Management Zone counties.

CWD is a deadly, infectious disease in deer and other members of the deer family (cervids) that eventually kills all animals it infects. There is no vaccine or cure.

CWD can be spread from direct deer-to-deer contact, through improper disposal of deer carcasses, and through the environment by deer contacting infectious material from other deer. Hunters play a critical role in helping MDC find and manage the disease by having their deer tested and following carcass-movement restrictions and other CWD regulations. Learn more at mdc.mo.gov/cwd.

Hunters who harvest deer in 34 of the 38 counties in the CWD Management Zone during opening weekend of the November portion of firearms deer season (Nov. 12 and 13) are required to take their harvested deer or the head on the day of harvest to one of MDC’s numerous CWD mandatory sampling stations located throughout the zone. Sampling and test results are free. 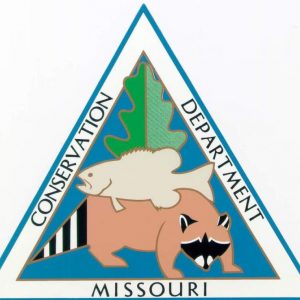 This year, sampling is mandatory on Nov. 12 and 13 in all CWD Management Zone counties except Gasconade, Knox, St. Charles, or Warren counties. CWD mandatory sampling stations will not be available in these counties.

“With 38 counties in the CWD Management Zone this year, we’re having to prioritize where to focus our sampling efforts within the Zone on opening weekend,” Isabelle said.

Although CWD sampling is not mandatory this year in Gasconade, Knox, St. Charles, or Warren counties, Isabelle noted that hunters who harvest deer in these counties on Nov. 12 or 13 can bring their deer to one of the CWD mandatory sampling stations located in other CWD Management Zone counties if they want them sampled. Another option for hunters in these four counties to have their deer sampled on opening weekend is to use self-service freezer drop-off stations located in these counties.

“Although freezer drop-off stations are closed on opening weekend in counties where CWD sampling is mandatory, these stations will remain open in Gasconade, Knox, St. Charles, and Warren counties,” Isabelle said. “Doing so provides hunters in these CWD Management Zone counties with additional opportunities to have their deer sampled if they so choose.”

Mandatory CWD sampling dramatically increases the number of tissue samples MDC can collect in a brief period of time. The increased number of samples gives MDC scientists a much better understanding of the distribution and prevalence of the disease — where it is and how many deer may have it. It can also help find new cases in new areas so disease management can begin as soon as possible to slow the spread of CWD.

Opening weekend of the November portion of firearms deer season is the most popular two hunting days for most deer hunters. Hunters take about a third of the state’s total annual deer harvest during those two days. Focusing on this key weekend gives MDC the best opportunity to collect the most tissue samples during a very concentrated time period.

CWD sampling takes only a few minutes and consists of MDC staff cutting an incision across the neck of harvested deer to remove lymph nodes for testing. Tissue samples are sent to an independent lab for testing.

Hunters will be given a card with information on getting free test results for their deer after samples are processed. Hunters can get their CWD test results for free online at mdc.mo.gov/cwdResults. Results are available within four weeks or less from the time of sampling.

Hunters presenting bucks bound for taxidermy should inform MDC staff. Staff will complete paperwork and inform the hunters about participating taxidermists taking CWD tissue samples. Another option is to remove the cape before taking the deer to a sampling station.

Before arriving at a CWD mandatory sampling station:

CWD Sampling and Testing All Season

As part of its efforts to find cases of CWD early and help slow its spread, MDC is again offering free voluntary CWD sampling and testing of harvested deer during the entire deer season at select locations throughout the state, including some MDC offices and participating taxidermists and meat processors.

MDC also offers self-service freezer drop-off locations within the CWD Management Zone for hunters to deposit harvested deer heads to have tested for CWD. Instructions, packing supplies, and information tags are available at the sites. Freezer drop-off stations will be closed on Nov. 12-13 in mandatory sampling counties when hunters must present their deer or deer head at a CWD mandatory sampling station. Get more information on sampling and drop-off locations online at mdc.mo.gov/cwd.

Hunters can get their CWD test results for free online at mdc.mo.gov/cwdResults. Results are available within four weeks or less from the time of sampling.

MDC encourages deer hunters to share their harvests by donating surplus venison to the Share the Harvest program to help feed hungry Missourians. The program is administered by the Conservation Federation of Missouri and MDC and has provided nearly 5 million pounds of lean, healthy venison to help feed hungry Missourians since it was started in 1992.

Donating is easy. Simply take harvested deer to an approved meat processor and let the processor know how much venison to donate. Meat-processing fees are covered entirely or in part by numerous local sponsors, along with statewide sponsors. The donated deer meat goes to local food banks and food pantries to help feed hungry Missourians all around the state. To get Share the Harvest venison, contact local food banks or food pantries.

The National Institutes of Health state that children need protein in their diets for proper growth and development, and adults need it to maintain good health. Yet many Missourians can’t afford or can’t get to good sources of protein. Through Share the Harvest, Missouri hunters can help provide those in need with high-quality protein in the form of naturally lean, locally harvested deer meat. For more information on Share the Harvest, visit MDC online at mdc.mo.gov/share.

MDC offices were closed for permit sales and other activities on Veterans Day, Nov. 11. But you can buy Missouri hunting and fishing permits from numerous vendors around the state, online at mdc.mo.gov/permits, or through MDC’s free mobile app, MO Hunting, available for download through Google Play or the App Store.

MDC reminds hunters that bicycles and certain types of electric bicycles are now allowed on service roads and multi-use trails at about 300 conservation areas, including some also open for deer hunting. Approximately 30 of these areas will be closed to bicycle and electric bicycle use during all portions of the firearms deer hunting season. Bicycle use on most of MDC’s approximately 1,100 conservation areas is still restricted to roads open to public-vehicle traffic and some multi-use trails. Cyclists may not ride off-road or off-trail.

Bike trails and service roads can be searched for by using the Advanced Search feature. Learn more about cycling on MDC areas at mdc.mo.gov/discover-nature/activities/bicycling.