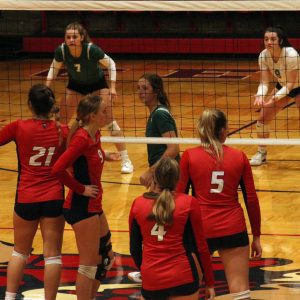 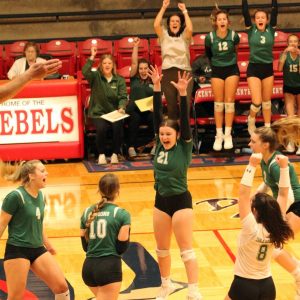 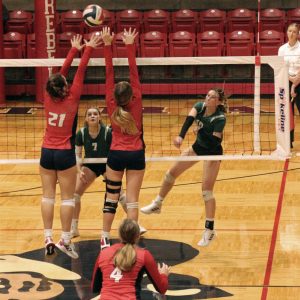 pite a little hiccup, top-seeded and second-ranked Ste. Genevieve reached the district championship final for the eighth-straight season with a four-set, semifinal victory over the fourth-seeded and 11th-ranked host Rebels here at the T.J. Foulon Fieldhouse at Central High last Monday evening.

No problem. They went on to win the next two rounds of the MSHSAA Class 3 District 2 semifinal 25-14 and 25-19 to reach the finals.

Senior Dru Koetting powered the Dragons (29-4-2) with four ace serves plus 16 kills and had 12 digs.

The Rebels finished up 20-13 on the season. They were one of four MAAA conference teams with 20 or more victories this season, including Ste. Genevieve and Class 4 Farmington.

The Dragons advanced to meet second-seeded and eighth-ranked Potosi.

The Trojans (24-5-4) are still looking for that elusive district title after ending third-seeded and 12th-ranked Valle Catholic’s season in the other semifinal during an epic nightcap that went five games.