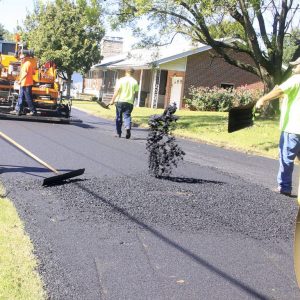 Voters in Ste. Genevieve may well be asked next April to consider passing a bond issue to repair and repave more city streets.

Looking at getting a bond issue on the April 2023 ballot was one idea that came out of a work session following last Thursday’s Ste. Genevieve Board of Aldermen’s regular meeting.

Aldermen and officials looked at 2023 paving priorities for 2023 during the meeting.

The streets that have been deemed highest priority include sections of Gegg, Jefferson, Moreau and Ninth. Also, Rozier, N. Fourth, Roberts and LaHaye, where water line replacement is scheduled, could get priority.

“Now it’s time to fix streets,” Mayor Paul Hassler said, late in the work session. “I tell you what, folks, I think you wouldn’t get a pushback if you consider a bond issue. If you’re going to put it to streets, people will get on board and support that.”

He added that, “I really think you should give that to the voters.”

“Seriously they’re all complaining about streets,” he said. “They probably wouldn’t mind seeing us get some streets fixed. It’s going to take some serious money and somebody to get serious to do it. I really think that people would be in favor of that.”

Ward 3 Alderman Mike Raney suggested the bond issue be discussed “as a formal agenda item” at an upcoming meeting.