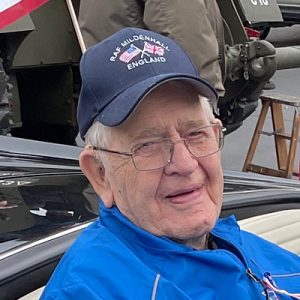 Visitation was at Basler Funeral Home in Sainte Genevieve, MO on Thursday, October 20, 2022.

Memorials can be made to Masses or American Heart Association.

He was a member of Knights of Columbus 1037, Am. Legion Post 150 & VFW Post 2210.  Roseman lived through many things during his 98 years of life.  He worked with the Civil Conservation Corps, he served in the United States Army during the WWII and a member of the Corps of Engineers.  He loved gardening especially his roses, and was a lifelong student of history. Roseman served as the Grand Marshall of the 2021 Veterans Day Parade in Ste. Genevieve.  Most of all in life, Roseman loved his family.