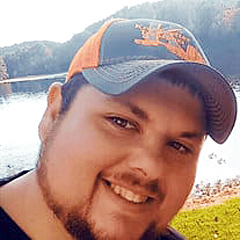 He was a member of Immanuel Lutheran Church in Perryville, River Hills Eagle’s Lodge #4034 in Perryville, Steel Workers Union Local 169 G and worked as a Bagger at Mississippi Lime Co. in Ste. Genevieve, MO.

Funeral Service will be at 9:00 am Saturday, October 22, 2022 at Ford & Young Funeral Home in Perryville with Deacon Direk Hunt officiating.

Burial will be at Mount Hope Cemetery in Perryville.

Memorial contributions may be given for family use.

Online condolences may be made at www.fordandyoungfuneralhome.com.

Ford & Young Funeral Home is in charge of arrangements.