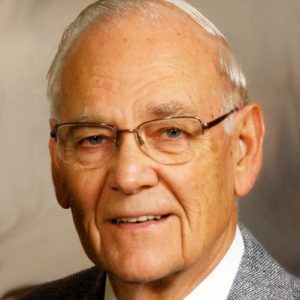 Visitation was at Basler Funeral Home in Sainte Genevieve, MO on Friday, October 7, 2022 and Saturday, October 8, 2022.

The Clergy was Rev. Mitchell Baer.

Memorials can be made to Crown Hospice or Church of Ste. Genevieve.

Art is retired from the US Air Force.  Art has done so many things in his years to promote this community.  In 1969 he owned and operated Sears Catalog Store for 19 years.  He started Papin Photo Lab, a one hour photo business in 1984, wrote the Papin Family History for the Project Pioneer book that was honored in 1996 and he led the opening ceremonies of Jour de Fete in 1996.  Art’s list of organizations and activities include, Foundation for Restoration since the beginning, actor in the Deja vu Spirit Reunion since the beginning, he was a tour guide for the Felix Valle State Historic Site for 10 1/2 years.  Art delivered meals on wheels for the Nutrition Center for 16 1/2 years, he worked the voting polls, helped with the 2000 census, member of the Am. Legion Post 150 where he served as the financial officer for over 20 years, member of the Knights of Columbus 1037, and he has sang with the LaGuignolee for many years.  After all this he still had time to write an autobiography, “A Look Over My Shoulder.”  Art will be dearly missed by his family, friends and all who knew him.