ST. LOUIS, Mo.  —  A registered sex offender who tried to obtain nude photos of a 6-year-old girl has been sentenced to 15 years in prison, after a joint investigation earlier this year by the Ste. Genevieve County Sheriff’s Office and the Federal Bureau of Investigation.

was sentenced by U.S. District Judge Catherine D. Perry on Thursday, Sept. 29, according to a law enforcement press release.

The investigation by the two departments led to Dickhan’s recent charges and sentencing. Assistant U.S. Attorney Carrie Costantin prosecuted this case, which was brought as part of Project Safe Childhood, a nationwide initiative to combat the growing epidemic of child sexual exploitation and abuse launched in May 2006 by the Department of Justice, according to the release.

The local sheriff’s office and the FBI started the investigation in April 2022. Dickens later pleaded guilty on June 23 to a charge of solicitation of child pornography. It is the second time he’s been sentenced for child pornography, the other coming in 2005.

According to the statement, both the sheriff and the FBI were notified on April 9 that Dickhans was using a borrowed cell phone for illegal activity.

Dickens told deputies that he’d met someone in a chat room who purportedly was the mother of a 6-year-old.

In conversation on April 6 and 7, Dickens sent pictures of his genitals to the girl and requested pictures of her. Dickens also admitted to deputies that he was using the chat room to try and find young children.

Led by the U.S. Attorneys’ Offices and the Department of Justice Criminal Division’s Child Exploitation and Obscenity Section, Project Safe Childhood marshals federal, state and local resources to better locate, apprehend and prosecute individuals who exploit children via the Internet, as well as to identify and rescue victims. 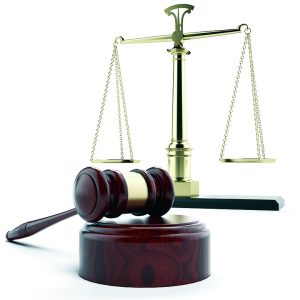