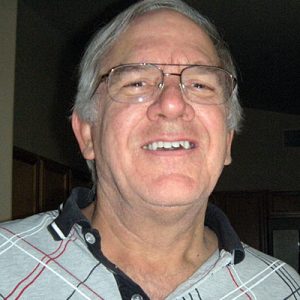 He was preceded in death by his father Lothar Fieg, and mother Catherine Shafer Fieg.

Memorials can be made to St Jude Children’s Research Hospital (stjude.org/givehope) or Wounded Warrior Project (woundedwarriorproject.org)

From Colorado, he and his family moved onto Virginia and Pennsylvania shortly after his birth, settling in Ste Genevieve, MO for his childhood in 1955.

He attended Ste Genevieve Schools where his love for music developed. He was in the school bands as well as a rock n’ roll group that performed at various dance events. The Mysterians consisted of four other talented musicians.

Russell attended the University of Missouri from 1967 to 1971. His major was in business administration where he earned a bachelor’s degree.

After college he worked for the University of Missouri in various business offices at the Columbia and Kansas City campuses.

In 1986 he ventured west to Las Vegas, Nevada to hopefully get into another rock n’ roll band which did not work out. While in Las Vegas he was employed in the payroll departments of various Las Vegas casinos including The Dunes, MGM Grand, Terrible Herbst, Horseshoe Casino and Affinity Gaming. He retired in 2018.

The celebration of life will be held at his Las Vegas home and his ashes will be spread on Mount Charleston, which is near Las Vegas.