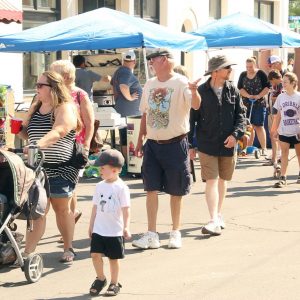 Jami Inman is confident that Jour de Fete will be as big as ever this year.

She said 97 vendors had signed up as of last Wednesday.

She said there should be another 19-20 food and alcohol vendors, in addition to the crafters.

“We feel really good about it, considering gas prices and the economy and everything,” Inman said. “I’m really happy with the numbers. I think we’ll get closer to 125 crafters by the time it’s all said and done. We still have several of them who are reaching out to us. Sometimes they tend to hang onto their money as long as they can. I’m pretty comfortable with that.

“We already have more than we had last year, so that’s a good sign. We’re trucking right along.”

Last year the festival returned after being cancelled in 2020, due to the COVID-19 pandemic. That year and the flood of 1993 were the only ties the event has not been held since its launching in 1967.

This year’s festival will include most of the familiar favorites.

An antique tractor show will also be going on, while The Ste. Gen GearheadZ Car Club will hold a car show Sunday at the Knights of Columbus grounds. Another car show, featuring the Cape Girardeau Corvette Club, had been planned for Saturday. However, the club had to cancel.

On Saturday, Ste. Genevieve County Library will have a Kids’ Corner. A bounce house will also be available. 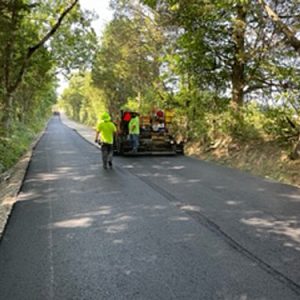