Organizers were pleased with the outcome.

“The 2022 Ste. Genevieve County Fair went very well. Fair favorites such as the Demo Derby and the Truck Pull were well attended,” said Estrella Carmona with the fair board. “For the Demo Derby, the stands were full, with the crowd flowing out of the arena seating and onto the hillside in both directions. Many spectators, with no seat, were left standing, but this did not seem to affect their enjoyment of the Demo Derby.”

A heavy downpour hit before the Friday afternoon parade had finished its trek to the fairgrounds. It also postponed the Truck Pull until Sunday.

Despite the “hiccup,” as Carmona called the postponement, the event went well.

“Crowd turnout was high, with everyone enjoying the beautiful weather as they watch 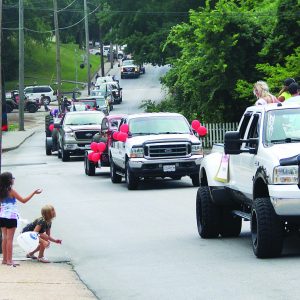