The Ste. Genevieve R-II School District is not waiting on Washington, D.C., to make up its mind on whether students will eat meals for free during the 2022-23 school year.

For now, R-II will be accepting applications for free-and-reduced meals  –  breakfast and lunch  –  for any families of students who qualify. But those families must apply to receive the help.

And the sooner, the better, just in case the federal program expires on Thursday, June 30.

In an email to the Herald, the R-II district indicated is not alone in this ordeal. The rest of the United States does not know what Capitol Hill is going to do as the program’s extension is still in the works over its wording.

“At this point,” the email stated, “our school district has not received any information from the Department of Elementary and Secondary Education or from the U.S. Department of Agriculture regarding any plans for Congress to extend the federal waivers that made it possible for schools to provide free meals year-round the last two school years under the USDA’s Seamless Summer Option.”

Congress in March decided not to continue the program, only to change its mind two days after the R-II Board of Education held its June meeting.

But not so fast, after Congress reached the bipartisan (Republicans and Democrats), bicameral (the House of Representatives and the Senate) deal, the Senate sent the measure back to the House before passing it because of the wording.

So, the application process for R-II begins again after two years.

“If these federal waivers are not extended by Congress, then meal charges will begin again this upcoming school year,” R-II said. “These meal waivers have provided one less area of concern for our families the past two school years, and we understand that this change may cause some of our families to worry; however, there are important steps that families can take.”

First, if families completed the free-and-reduced lunch application before the end of the last school year, there is a 30-day grace period at the start of the upcoming school year for them to complete the 2022-2023 application.

Second, families should complete the 2022-2023 application, which will be available on the district’s website and in the Power School Parent portal after July 1. It will also be shared with families in the district’s summer mailer.

The district will share several reminders with families throughout the remainder of summer. For assistance or questions, families are encouraged to call 573-883-4500 ext. 2008.

But just in case Congress passes the extension for free meals, the district will share the information with families and the community in a timely manner.

If Congress does not pass the free-and-reduced meal extension, the R-II board approved increases of 10 cents for the food prices as per the federal pricing requirements for the 2022-23 school year.

The prices for the upcoming school year are as follows . . .

The R-II board approved a proposal from Securix  –  a Division of American Digital Security  –  to update the card access control software and hardware for the door-lock system used throughout the district.

Originally, the district’s cost estimates for updating these door locks included having to replace several doors in the process with the lowest estimate being approximately $100,000.

Replacing the door-lock system was then included on the Prop SG bond issue projects at the time.

However, Jason Bauman, R-II’s assistant director of technology, researched several companies and other systems throughout the past few years, thus finding Securix, which the district is confident has a solid solution to change out the system without replacing the doors.

The proposal is approximately $68,610.74 and the district is figuring that the full system to be replaced either by the start of school in August or at least sometime in the fall.

With the lower cost, R-II will be able to pull the door-lock system from the bond issue, thus allowing those funds to be redistributed to other Prop SG projects.

This purchase will be made through The Interlocal Purchasing System (TIPS), which is a national-purchasing cooperative offering access to competitively procured-purchasing contracts to its memberships.

With approval from the board, beginning R-II teachers, support staff members and substitute teachers each will see an increase in pay for the upcoming school year to continue being competitive in salaries across Missouri.

· Support staff, such as paraprofessionals, will see an increase of 75 cents across each pay lane. This would increase the lowest salary up to $14.06 per hour. This agreement is as minimum wage will increase to $12 an hour in January 2023 and Dr. Flieg wants to remain competitive with statewide minimum-wage increases.

· Substitute teachers will see an $5 increase in pay, now at $95 per day in an effort to attract more people interested in becoming or remaining as a 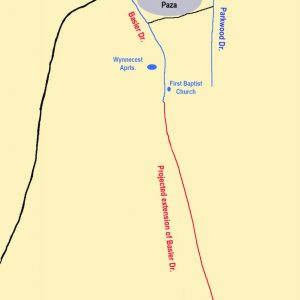 Aldermen Agree That Basler Drive Extension Is Worth Pursuing