FacebookTwitterLinkedinEmail
| logout
BY MARK EVANS
HERALD NEWS EDITOR
Juneteenth is Sunday, June 19, and the Ste. Genevieve County Commissioners just announced that the county also will observe the newest federal and state holiday, on Monday, June 20, therefore all city, county, state and federal offices will be closed.
The commissioners also added they will eliminate observing Columbus Day on Monday, Oct. 10, for fiscal reasons. In December, a decision will be made whether to drop observing either Columbus Day or former U.S. President Harry S. Truman’s birthday on May 8 in 2023.
The actual day for Juneteenth is June 19, which falls on a Sunday this year. It officially became a federal holiday in 2021 and Missouri declared the day a state holiday as well shortly after.
Juneteenth commemorates the emancipation of enslaved African-Americans. It is also observed often for celebrating black culture. Originating in Galveston, Texas, it has been celebrated annually on June 19 in various parts of the United States since 1865. 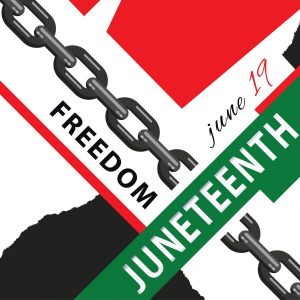