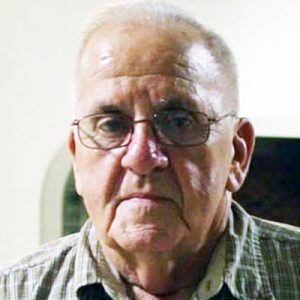 Anthony “Sonny” Louis Winston, age 89, of Festus, Missouri, passed away Sunday, May 22, 2022 at Mercy Hospital Jefferson in Festus.  He was born November 6, 1932 in Ste. Genevieve, Missouri, the son of the late Anna (nee Basler) and Joseph Winston.

Sonny was a meat cutter with Twin City Packing, Save-A-Lot and was the owner of the Butcher Block.  He was also a school bus driver for over 50 years and the majority of his career was with the Festus School District.  He retired in 2021.  Sonny was a member of the American Legion #253, the Elks #1721, the Crystal City Boat Club and the Festus/Crystal City Conservation Club.

Visitation Friday, May 27, 2022 from 12:00 pm until time of funeral service at 3:00 pm at Vinyard Funeral Home in Festus.  Interment in Rose Lawn Memorial Gardens in Crystal City, Missouri.  Memorial donations in Anthony’s name are preferred to St. Jude Children’s Hospital or the American Cancer Society.