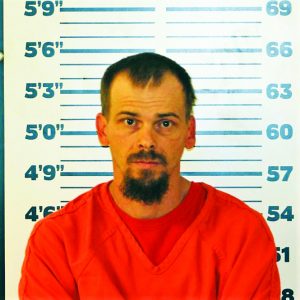 Bobby Lee Stevens, born April 1, 1975, has been charged with 2 counts of assault 1st degree on a law enforcement officer, 2 counts of armed criminal action and 1 count of burglary 2nd degree. All five charges are felonies.

Stevens has been identified as the individual who fired on law enforcement personnel Tuesday evening on Highway 32.
“Yesterday, deputies responded to the 8500 block of Highway 32 for an alleged burglary in progress,” the Ste. Genevieve County Sheriff’s Office posted on its Facebook page. “Upon arrival, deputies were told the alleged suspect had left the residence and headed south across Highway 32 and down a long driveway.
“The Sheriffs Office deployed their K-9 and started to track the alleged suspect. The track led into a wooded area and as the deputies were following the K-9, shots rang out towards their direction.
“Deputies tracking the alleged suspect decided to stop the track and took cover. Multiple resources were brought in to assist in the manhunt.”
Traffic was halted on Highway 32 for more than two hours Tuesday evening.
“He also has an additional felony warrant out of a neighboring county as well,” the Facebook post continued. “He is considered armed and dangerous. If you see Bobby, do not try to contact him. Call Central Dispatch at 573-883-5215 and report his location.”
Posted in Breaking News