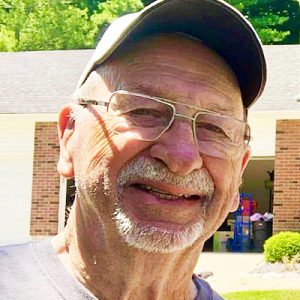 Vernon Huck, 77, of Jackson, Missouri, unexpectedly passed away Thursday, May 5, 2022, in Cape Girardeau.

He was born June 19, 1944, in Ste. Genevieve to Julius J. and Evelyn Zerwig Huck.  He had four siblings, Arlene, Wayne, Arneda, and Delbert.

Vernon and Karla Basler were united in marriage December 27, 1965, in Ste. Genevieve.  Their union was blessed with three children, Mike, Sheree, and Patrick.

Vernon earned a master’s degree in Education and a Specialist Degree. He devoted his career to public schools in Ste. Genevieve and Jackson.  He also taught two years at Valle High School.  He was a teacher, football coach, principal, and athletic director.  Most recently, he worked as a field supervisor for student teachers.  His true love was the football teams he coached.  He could talk about plays from games he played in or coached dating back to the 1960’s.

Vernon enjoyed sports competition.  After retirement, he organized a Tuesday Evening Men’s Golf League at Bent Creek Golf Course in Jackson. He was an avid hunter, loved playing and working at Bent Creek Golf course and did taxidermy for over 40 years. His greatest love was his family. He loved his wife, children, grandchildren and great-grandchildren and also loved going to their athletic events.

Vernon and Karla were members of Immaculate Conception Catholic Church in Jackson.

He was preceded in death by his parents, a brother, Delbert, two sisters-in-law, Dee and Rita Huck, and a brother-in-law, Gene Clerc.

A memorial visitation will be held from 3 to 7 p.m., Tuesday, May 10, 2022, at McCombs Funeral Home and Cremation Center in Jackson.

The Rev. Sam Roethemeyer will conduct a memorial service at 7 p.m., Tuesday, at the funeral home.

Memorials may take the form of contributions to St. Jude Children’s Research Hospital or the donor’s choice of church or charity.

Online condolences may be sent to the family by clicking on the tribute wall tab of Vernon’s obituary page at mccombsfuneralhome.com.