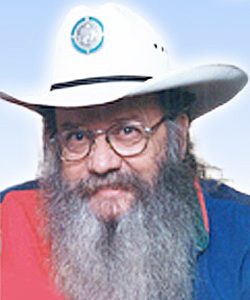 Homer Willis Johnston, of Farmington, entered into eternal rest on May 1, 2022, at his residence at the age of 81. He was born on October 3, 1940, in St. Louis, Missouri to the late Willis and Arles (Seabaugh) Johnston. In addition to his parents, he was preceded in death by his sisters, Mae Lucille Johnston, and Barbara Ann Johnston.

Homer proudly served his country as a veteran of the United States Navy.

He was a treasure hunter and enjoyed antiquing. He also loved going to auctions and even worked as an auctioneer. Homer will be remembered as a kind person who never met a stranger. He will be fondly remembered and dearly missed by all who knew and loved him.

Visitation for family will be held on Friday, May 6, 2022, from 4:00pm until 5:00pm at Cozean Memorial Chapel. Public visitation will be from 5:00pm until 7:00pm. Interment will be held at a later date at Sargents Chapel Lutheran Church Cemetery.  Memorial donations, if desired, may be made to the American Heart Association, 3816 Paysphere Circle, Chicago, IL 60674 or https://donatenow.heart.org/stroke.  View the video tribute and share your condolences at cozeanfuneralhome.com.