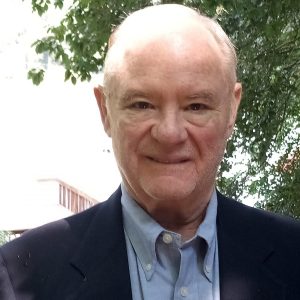 Walter was born in St. Louis on September 30, 1943, to Dr. & Mrs. Walter L. Rehm of Ste. Genevieve, Missouri. He attended & graduated from Subiaco Academy in Subiaco, Arkansas. He was a proud member of the Kappa Alpha Fraternity and a graduate of the University of Missouri in Columbia.

He spent time in the U.S. Army as a 1st Lieutenant serving overseas finishing his service as a military club officer in Atlanta at Fort Gillem.

After his military service, he joined American Hospitality Supply responsible for Eastern Tennessee. Promoted to a National Project Manager and after several successful years, he and two other co-workers formed a new manufacturer representative company which later grew to a distributing company headquartered in Norcross, GA expanding throughout the southeast.

In 2002, Walter suffered two heart attacks during a heart procedure and was advised to retire.

After retirement, he was still very active in land & development opportunities along with several other business ventures.

He lived on Berkeley Lake for over 40 years and served on the city council for five years and was a time or two mayor pro tem during that period.

Walter was an avid outdoorsman. He Loved Hunting & Fishing and did so all over North America. He loved spending time at his property in Blue Ridge, GA, as in Crawford County along the Flint River. Walter had a combination of active and Life-Long memberships of the following: National Wild Turkey Federation, Ducks Unlimited, Quail Forever, Quality Deer Mgt., Trout Unlimited, and The Ruffed Grouse Society.

With COVID and Travel being a concern for many Walter felt a Memorial and Funeral service would not be necessary.

If you would like to Donate to the following: American Lung Association – Idiopathic Pulmonary Fibrosis (IPF), Alzheimer’s Association, Parkinson’s Foundation,