The eighth-ranked Road Warriors outlasted their intercity rival Dragons after a fantastic pitchers’ duel between two players whose last names both go back ages for their respective schools.

Valle Catholic sophomore Grant Fallert and Ste. Genevieve junior Aiden Boyer put on quite a show Thursday at Yanks Field for the numerous fans in attendance of the Old Settlement Showdown, including a large number of the RiverDogs, the youth baseball feeder program (ages 8-13) to both schools as well as the summer American Legion Post 150 baseball teams.

In the end, Valle collected its third win in the two team’s last four meetings, including two straight, claiming braggin’ rights again with the 3-0 victory.

For more, check out the Herald’s May 4 print edition. 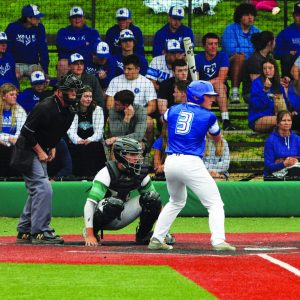