Paul Bosner, of Dallas, passed away peacefully in his home with loved ones at his bedside on March 24, 2022. Paul was born in Brooklyn New York on November 12, 1927 residing in Dallas since 1969. He graduated from Los Angeles School for the Arts in 1949 and SMU 1973.

In a career that spanned more than 50 years in the arts and entertainment world, Bosner chronicled the world through a lens. Bosner was a still photographer, television cameraman, producer, director and creative consultant. 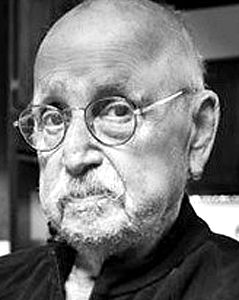 As a prominent naval photographer, Bosner archived the Antarctica for the National Geographical Agency and has an Island named in 1948 from his discovery. He subsequently served as President Truman’s personal photographer in 1948.

He joined CBS in 1950 and stayed for 19 years as a television cameraman, working on shows such as Studio One, Playhouse 90, The Carol Burnett Show, and The Jackie Gleason Show. He also shot numerous other drama, sporting and news events including space shots during the Gemini and Apollo series shared worldwide with Walter Cronkite’s voice bringing them to life.

After his time at CBS he was commissioned by the State of Israel to define and organize the infrastructure of Israeli Educational Television. He returned to the US and Dallas with KERA-TV as operations manager from 1969-71, Bosner had a major role in getting the legendary PBS program Newsroom on the air, with the now omnipresent curved news desk with the moderator in the center.

Bosner was a principle originator and senior producer of the inaugural seasons of AUSTIN CITY LIMITS, the iconic show that appears on PBS stations nationwide, the longest-running music program in television history. The story for the naming of Austin City Limits by Bosner is legendary.

Bosner later turned his talents to instructional television and remote learning, holding various executive positions within the industry throughout the US and the world. Bosner was director of production of LeCroy Center for Educational Telecommunications at Dallas County Community College District from 1992 to 1998.

Bosner’s numerous awards include a Life Magazine photographic excellence award in 1950, an Emmy in 1955 for Best Live Television Camera Work for the dramatic series Studio One and a Bronze Apple in 1994 from National Educational Film & Video Festival. He was inducted into the Austin City Limits Hall of Fame in 2015. He earned a Career Achievement Award in Distance Education from Instructional Telecommunications Council in 1997 and the Dallas Film Fest Lifetime Achievement Award in 2018.

Paul devoted countless hours to charity, exercise, squash and hiking. He was a dedicated leader of multiple expeditions with the Sierra Club in the Southwest and Western US clearing hiking paths and campsites for all to enrich their lives through nature.

In lieu of flowers, the family would appreciate donations to the Sierra Club, your local PBS affiliate, or the charity of your choice.

A celebration of Paul Bosner will be held at 10 am on Saturday July 9, 2022 at Sparkman/Hillcrest Funeral Home, 7405 W. Northwest Highway, Dallas, TX.