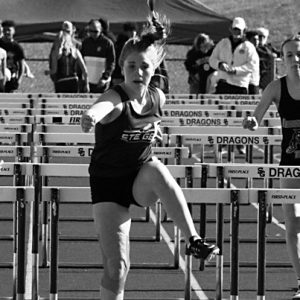 Ste. Genevieve brought homefour medals, and only one gold at the Farmington Invitational track and field meet Thursday at FHS.

Corey Simmons won gold and silver medals in the boys’ competition, in which the Dragons finished ninth overall with 44 points.

Levi Wiegand took home a bronze medal in the 800m run with his time of 2 minutes, 7.02 seconds.