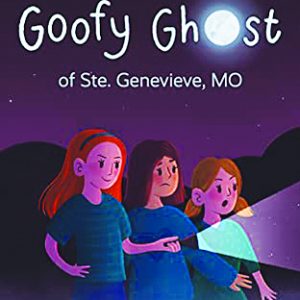 April is World Autism Awareness Month. About one in 44 United States children are within the Autism Spectrum.

“When I decided to write the ‘Goofy Ghost’ I knew immediately that I wanted to set the story in Ste. Genevieve,” Gilligan told the Herald. “The town made a huge impression on me. I still often think of its beauty, charm, and history. If the need to work closer to St. Louis so I could help my wife take care of my sick mother, I would probably still be there.”

Gilligan said that the way the town always came together during tough times impressed him.

“I tried to capture the wonderful, unique qualities of the town in my book. I also tried to capture the sense of love and unity that the town displays in emergencies,” he said. “There were a couple of tragic accidents and illnesses that occurred during my tenure there. I was amazed at how the town came together regardless of whether they wore green or blue.”

He referred to the Ste. Genvieve High-Valle Catholic rivalry.

“I also fondly remembered after a highly contested and hard-fought game between the two rivals how players on both teams could be seen hugging and taking pictures with each other,” he said.