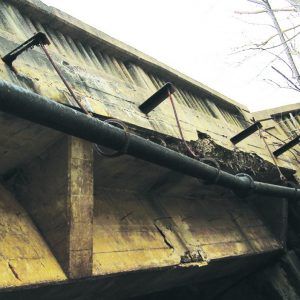 Two major street paving projects got the go-ahead from the Ste. Genevieve Board of Aldermen last Thursday night. A third project, however, caused some concern.

The board voted unanimously to allow the mayor to enter into agreements with contractors for all three. One was a $190,705 agreement with Vern Bauman Contracting for the main 2022 street repaving program.

The other was a $143,054 with CE Contracting for concrete replacement on Parkwood Street.

Both were second readings of bills that had been read at the March 10 meeting.

However, some concern was expressed when it came to the approval of Bauman Contracting’s low bid of $526,794, for water main improvements on North Fourth and North Main.

Rapidly rising prices of various materials and fuel have caused that figure to be higher than anticipated.

City Administrator Happy Welch said he felt the need to bring the issue before the board.

“This is larger than we had expected,” he said “with what we see in price increases across the board for construction materials.”

Ten bidders took bid packets, but only two submitted bids, Bauman and T. Drury Contracting of Bloomsdale.  The low-bid of $526,794 was well above the original estimation of $413,000.