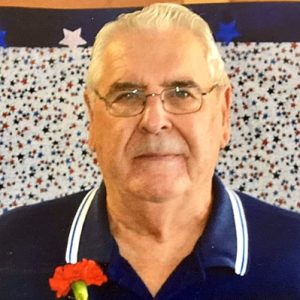 Marvin “Pete” Papin entered into rest on Thursday, March 17, 2022 at the age of 85 Years, 3 Months, and 20 Days. He was born November 27, 1936 in Sainte Genevieve, Missouri to the late Alfred and Catherine (Caffrey) Papin. On July 21, 1962 Pete was united in marriage to Carol Jokerst Papin who survives. To this union three children were born, David “Little Pete” Papin and wife Cheryl of Ste. Genevieve, Michael Papin and wife Jerri of Ste. Genevieve, and Penny Mehler and companion Scott Wrightstone of Fenton, all of whom survive. Also surviving are 10 grandchildren, Erin, Caley, Lexy, Andrew, Ben, Seth, Garret, Logan, Austin, and Landon; five great-grandchildren, Denver, Jesse, Brynley, Sayde, and Gabriel, and also one on the way; one brother Gene Papin and wife Catherine of Bryan, OH, one sister Joann Alms and husband Gary of Chester, IL, a sister-in-law Mary Papin, and many more loving family members and friends. Pete is preceded in rest by his parents, six brothers, Tom Papin, Adrian Papin, Justin Papin, Jim Papin, Melvin Papin, and Tommy Papin; and a sister in infancy, Mary. After serving his country in the United Stater Air Force, Pete worked for McDonnell Douglas for seven years in security; he also drove a car for Mr. McDonnell while working there. After that he worked many years for and retired from the United States Postal Service. He was a volunteer firefighter in Ste. Genevieve, and a past Commander for the American Legion Hall. Pete will be missed by all who knew and loved him. Visitation will be held at Sainte Genevieve Catholic Church on Thursday, March 24, 2022 from 09:30 AM to 11:00 AM. Funeral Mass will be held on Thursday, March 24, 2022 at 11:00 AM. Interment will be held at Valle Springs Cemetery with full Military Honors.