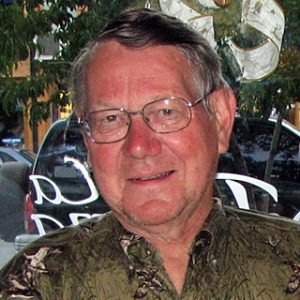 Jon David Cooksey lived a productive and good life – first as a son, brother and student; then as a physician, husband, soldier, researcher, father and farmer; and finally as an investor, grandfather, gardener and traveler.

He was born on March 19, 1938 in Ashland, KY – not long before the Great Depression ended – to Chester P. Cooksey of Cooksey Fork, Lawrence County, KY, a foreman at Armco Steel, and Dova Fields Cooksey of Clays Jack Fork, Boyd County, KY, a small restaurant owner and homemaker. Growing up, he shared many adventures and some mischief and accomplishments with his older brother, Rex Cooksey, including fishing and hunting with their father, tipping over outhouses and reassembling a farmer’s wagon in a hay loft. His parents helped him apply for a special driver’s permit to expand his paper route at age 12. He used his early savings to pay for one year of medical school.

The first time he told his mother that he wanted to be a doctor, she replied “David, we are not in the upper class.” However he said he always said he knew he wanted to be a doctor and with his parent’s support he learned to focus on academic achievement which helped him to skip one grade at Fairview Elementary school in Westwood, KY. Although he was defeated in a race for class president, he was chosen most likely to succeed during his senior year at Russell High School in 1955. Throughout his life, he credited his highly educated teachers at Fairview and Russell for encouraging him to explore the world of ideas. Never one to waste time, during his third year at University of Kentucky at Lexington, he applied to and was accepted by Tulane University’s School of Medicine in 1958.

After graduating from Tulane in the top quintile of his class, he was awarded his M.D. in 1962. It was during his internship in 1962-1963 at Henry Ford Hospital in Detroit, MI, that he met his wife Nancy Rumsey of Berkeley Heights, NJ.

From 1963-1965 he served in the US Army as a captain and flight surgeon with the 3rd Armored Division based in Hanau, Germany. While stationed in Germany, he learned to love classical music, wine, and the opportunity to travel throughout Europe including England, Germany, Spain and Scandinavia.  He would often reflect on these years of service as a turning point in his life that opened his eyes to the pleasures of the wider world.

In Germany he also became a father with the arrival of his sons, Jon, in 1964, and Stuart, in 1965. With his young family, he returned to New Orleans in 1965 where he completed his medical residency at Charity Hospital and welcomed his third child, Anne, in 1967.

In 1968, Dr. Cooksey and his family made the first of their three moves to St. Louis to pursue what would become his professional focus for the next 3 decades: cardiology. After starting a fellowship in cardiology at Washington University, he sought private practice experience with a move to Carlisle, PA. While working in a practice with Doctors Masland and Mueller, he also prepared for his board certification exams in cardiology and continued to publish clinical medicine articles. He and his family enjoyed life in the small college town and loved to hike together along the Appalachian Trail. Seeking to explore clinical medicine in more depth, he moved back to St. Louis, MO to develop his speciality in cardiology.

After Dr. Cooksey completed a Cardiology Fellowship at Washington University, he was appointed Assistant Professor of Preventive Medicine at Washington University, and then Associate Director of the Irene Walter Johnson Institute of Rehabilitation where he also co-founded the Cardiac Rehabilitation program. During the same period, Dr. Cooksey served as Cardiologist to Washington University’s Lipid Research Center, co-authored the textbook, Clinical  Vectorcardiography and Electrocardiography, with Marvin Dunn and Edward Massie and served on the Medical Advisory Committee for the St. Louis Metropolitan YMCA Physical Fitness Program.

Dr. Cooksey was elected a Fellow in the American College of Cardiology in 1975.

In 1977, a rained out golf outing with his brother Rex coupled with fond memories of life on his grandparents’ farm, resulted in a move to a farm in Boyd County, Kentucky. There he formed a private practice with Tulane colleague Harry Tweel. Then in 1978 he accepted a position as Professor of Medicine, Director of Cardiology Division at Marshall University in West Virginia. During these two years in Kentucky, the family was surrounded by the extended Cooksey family who introduced the children to raising livestock, fishing and hunting, bailing hay and snowmobiling.

In 1980, Dr. Cooksey returned to private practice in St. Louis, MO, first with Dr. Ümit Aker, and then started his own medical practice in 1981. He was was an early adopter of remotely interpreting EKGs which allowed him to serve patients in outlying communities including Sullivan, Farmington, Perryville, Hermann, Washington, St. Genevieve, and Nashville, IL He was also an early pioneer of performing outpatient diagnostic testing of echocardiograms, vascular ultrasounds and thallium stress tests. Providing timely results to his patients in a calming environment was a priority for Dr. Cooksey.

After hearing about local farms for sale from a patient in Sullivan, MO, he again had the opportunity to enjoy farming, this time with a livestock farm near Bourbon, MO. Whether cutting hay or walking the property, it was his way of taking a break.

During one of his many trips to find a perfect body of water, he discovered Charlevoix, MI, where he enjoyed gardening, sailing and early morning salmon fishing with friends, including Jim Smith, each summer until 2017. He introduced his grandchildren, Andrew and Meredith, to sailing with the Charlevoix Mariners summer programs. He also introduced his grandchildren to overseas travel with a trip to his home in Tobago.

While working as a physician and after retirement, Dr. Cooksey loved to sail – including the  Caribbean islands, along coastal Florida, and on Lake Charlevoix. Towards the end of his medical career, Dr. Cooksey became a world traveler again and took up residence in Tobago; Volterra, Italy; Buenos Aires and San Martin de los Andes, Argentina; Charlevoix, MI and Bonita Springs, FL.

Gardening was a favorite endeavor that provided Dr. Cooksey many hours of enjoyment. There were often stacks of gardening books at the foot of his lounge chair that he would refer to for inspiration, planning and general admiration. He taught his children how to plant and tend an extensive vegetable garden while living in Kentucky, as well as transforming  their St. Louis home yard into a landscaping project. He enjoyed going out for a drive to admire local residential gardens, especially when azaleas and rhododendrons were in bloom. In Charlevoix, he was known for his morning drives around town. When he took up residence in Tobago, Argentina and Charlevoix,  he transformed each property with flowing gardens that continue to flourish long after he stopped traveling.

Frugality, hard work and education – three values instilled in him by his parents – were the order of the day when raising his three children. Only buying things that were needed, and preferably ‘on sale’, guided all purchasing decisions. With his children working alongside, he re-shingled roofs, painted houses, raised a pole barn, installed fences and planted more plants than the family can count. His children recall many nights that he would tutor them in math, English and sciences at the dining table.

Dr. Jon D. Cooksey died peacefully of natural causes on January 4, 2022, in Naples, FL. All three of his children were fortunate to have had the chance to visit with him in December 2021 and January 2022. He is survived by his former wife Nancy Rumsey Cooksey of St. Louis, MO, his sons, Jon Fields Cooksey and his wife Shawn Sasse of Charlevoix, MI and Menlo Park, CA, and Stuart Hamilton Cooksey and his wife Molly Loeb Cooksey of St. Louis, MO, and his daughter Anne Coleman (Cooksey) Lapins, her husband Peter Lapins of Barcelona, Spain, and his grandchildren Andrew Lapins of Rotterdam, Netherlands, and Meredith Lapins of London, England. In addition to his parents, he was preceded in death by his brother, Rex Cooksey of Westwood, KY, on July 27, 2021.

A private family memorial is planned for this summer in Ashland, Kentucky.