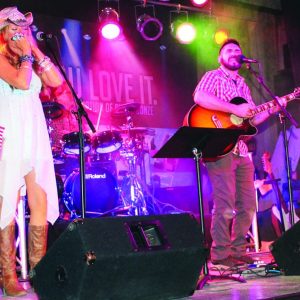 The series opened with Saints Til Friday on Feb.  18, then saw Southern Gypsi  play Feb. 25 and Crossroads March 4, before Sweetwater Holler wrapped things up March 11.

Like with the Chamber’s Summer Music Series, the Herald gave away two sets of tickets to each concert.