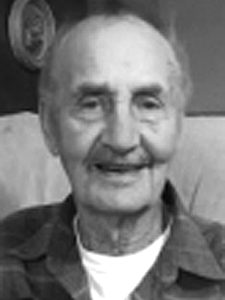 The Clergy was Rev. Jeff Fleeman.

Burial was at Concord Cemetery in Bloomsdale, MO.

Memorials can be made to Children’s Organ Transplant Association for Easton R.

Walter loved his wife, children and grand babies. He liked cookies, coffee, and his cows. He enjoyed poking fun at people, story telling, listening to old music, and getting visits from his “customers.”