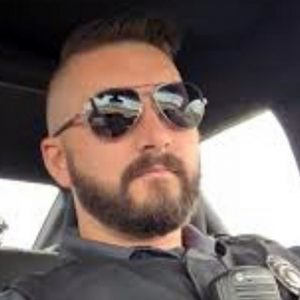 Ste. Genevieve aldermen had no issues with supporting a public servant who has had more than his share of bad luck.

Police officer Pete Unverforth, after missing much of 2021 following an April2 021 injury on duty, has lately been battling COVID-19.

Police Chief Eric Bennett reminded the aldermen at last Thursday’s meeting that they had recently said that personnel injured in the line of duty to use sick days to supplement their workman’s compensation days.

“Pete actually used up all of his sick time during that and got corona a couple of weeks ago,” Bennett said. “He has a couple of days, just 14 hours, I believe, that are unpaid. Our current policy says that they need to use up all of their vacation time before anyone can bank any of their time to them.”

He asked if they could waive that and let him donate his own time to Unverforth.

“Due to the nature of his injury, I think we should do everything we can,” Ward 2 Alderman Bob Donovan said. He asked whether the board could just give Unverforth the additional time, rather than someone else having to give up time of their own.

Ward 4 Alderman Joe Prince said he would rather just give Unverforth the hours.

“I think it’s a small token for everything he’s been through, and the rest of the officers have had to step up to fill his absence. Asking them to donate their sick time … I appreciate it, but I don’t think w3e would need to ask them to do that. Let’s just do it.”

The board voted unanimously to pay the 14 hours.

Bennett also reported that Ashley Bates left the department to return to her home county, St. Francois. He said Griffin Ryan has been rehired to take her place. He said it will be “an easy transition” and that he is “super happy to have him back.”

He also reported that the move back into the renovated police portion of the city hall building was nearly complete and invited the aldermen to visit it anytime.

Two bills passed on second readings. One authorized the mayor to execute a proposal for professional services with Cochran Engineering for a 15-year street preventative pavement maintenance plan. It passed 5-1, with Ward 1 Alderman Gary Smith and Ward 3 Alderman Jeff Eydmann absent.  Donovan voted against it.

The other authorized the mayor to enter into an agreement between the city and the county for the county to provide 911 dispatching services. It passed 6-0-2.