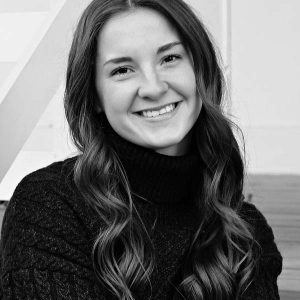 Jokerst is currently ranked fourth in the soon-to-be graduating Class of 2022, earning “A” honor roll each semester.

He has been in the top 10 percent every year in high school, winning numerous awards in the fields of English, Spanish and ACT prep.

He has been involved on the math team and with the Spanish Club, where he has spent time as treasurer.

Jokerst also is a member of the high school scholar bowl team, serving as a team leader as the Dragons competed at the district tournament.

He plans on attending the University of Missouri Science and Technology in Rolla, majoring chemical engineering.

Loida is currently tied for top honors in her graduating class, with a 4.12 grade-point average. She serves as president of the National Honor Society, and attended Missouri Girls State last June.

This year’s Miss Valle has been the recipient of awards from both Valle Catholic and the St. Louis Archdiocese. She has served as a lector and server during school mass.

She has served as student class president, served as a high school ambassador and earned academic awards in math, physics and religion during her junior year. She was a three-year member of the math team.

Loida has been a three-sport (volleyball, basketball and track and field), earning the sportsmanship award last spring.

She was recently named all-tournament at Valle’s own event, and she’s been an all-state selection in both volleyball and track and field.

She has work experience from River Rapids Waterpark, The Scholarshop, Luna Ice, the DuBourg Centre and the county community center.

Loida plans on attending either the United States Air Force, U.S. Naval Academy or Texas A&M — planning on study a major in STEM. She is the daughter of Cindy and Mike Loida.

Ste. Genevieve FFA member Sophia Fritsch, a freshman, has been designated as one of the top six public speakers in the state.

Her speech was titled, “Health Forest, Healthy Communities,” for which she received first place in the FFA southeast district public speaking contest.

She advanced to the state convention, with additional distinction. Fritsch is the daughter of Gerald and Andrea Fritsch.