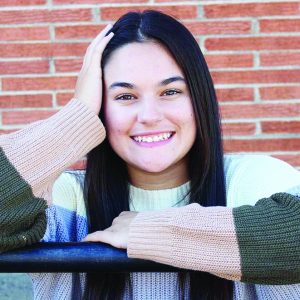 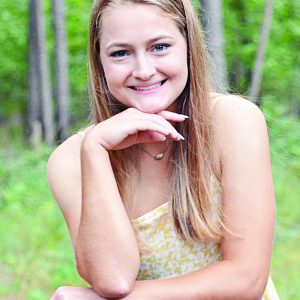 Valle Catholic High School student Abigail Marzuco and Paige Huck from Ste. Genevieve High School were selected as the Elks’ students of the month for November.

Marzuco has maintained a 4.0 grade-point average and high honors throughout her high school career. Abigail has been top 10 in her class, and a two-year member of the school’s National Honor Society chapter.

At Valle Catholic, Marzuco has excelled in physics, theology and American history, and she’s won other school awards in various categories.

Marzuco has been involved in Valle Dance Line for four years, along with track and field. Abigail has been with campus ministry, math team member, choir participant and with the Vincentian Marian Youth group.

Marzuco works at the Ste. Genevieve Dairy Queen as a crew member — serving as a cashier, opener, closer and stocker. Abigail also has work experience at Marzuco Electric and she’s been a volunteer for Laboure Exchange.

What’s more, Marzuco has been a Challenger Baseball and Basketball assistant coach, and volunteered for Lions Club events, the Spring For Down Syndrome and Jour de Fete.

Huck has been ranked third in her graduating senior Class of 2022, earning “A” honor roll each semester. She has been in the top-10 percent of her class every year throughout her time at SGHS.

Huck has been given academic awards in the following areas: world history, geometry, Algebra II, pre-calculus, psychology and advanced chemistry.

She has been involved with Mentors, math team and a member of her school’s National Honor Society chapter. Also, she has been chosen to attend Missouri Girls State at Warrensburg and Leadership in Practice.

Huck was a first-year golfer this year at SGHS. In terms of work experience, she’s currently a zone manager for McDonald’s Restaurants.

Marzuco is the daughter of Charles “Chip” and Kathy Marzuco. After high school, Abigail plans on attending Southeast Missouri State University in Cape Girardeau, majoring in forensic science and chemistry.

Huck is the daughter of Dan and Heather Huck. Paige plans on attending the University of Missouri in Columbia, and study nursing.