The youngest of three children, Orville was born January 3, 1940, in Jackson, to Walter and Ruby Aufdenberg Ahrens. He was baptized and confirmed at Immanuel Lutheran Church in Tilsit.  He attended the church’s elementary school and Poplar Ridge School. 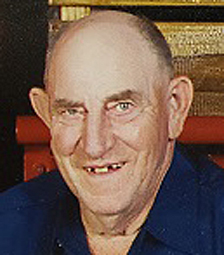 Orville and Nora Proffer were united in marriage on January 15, 1961, at the church.  Orville served as a Sunday School teacher and remained a faithful member of the church until his passing.

He was a lifelong farmer.  After his military service, he drove a school bus for the Jackson R-2 School District; worked at Macke’s Mercantile; John Deere; Heuer & Sons Implement; and then worked over 37 years at Ceramo in Jackson, retiring in 2009.

He was preceded in death by his parents and brothers-in-law, Norman Brase, Milton Schlimpert, and Ronald Fornkohl.

Visitation is from noon to 2 p.m., Saturday, November 6, 2021, at Immanuel Lutheran Church in Tilsit.

Rev. Mark Boettcher will conduct the funeral at 2 p.m., Saturday, November 6, 2021, at the church.  Interment and military honors will follow at Russell Heights Cemetery in Jackson.

Memorials may take the form of contributions to Immanuel Lutheran Cemetery in Tilsit or Southeast Cancer Center in Cape Girardeau.

Online condolences may be shared with the family by clicking on the tribute wall tab of Orville’s personal obituary page at mccombsfuneralhome.com.

Arrangements by McCombs Funeral Home and Cremation Center in Jackson.