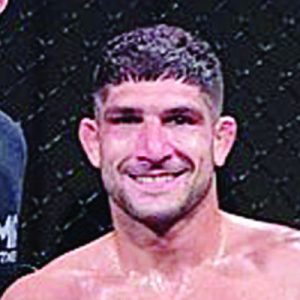 Martinelli made light work of his heavier opponent, Cody Schieve, in what turned into a bantamweight bout.

According to the MMA website tapology.com, Martintelli defeated Schieve with strikes in 2 minutes, 57 seconds at Ameristar Resort and Spa.

“I won the fight with a technical knockout, a knee to the head,” said Martinelli, who also currently serves as an assistant wrestling coach at Ste. Genevieve Middle School.

Because he won the match, Martinelli received a cash payout and a greater percentage of both ticket sales and pay-per-view buy rates.

The bout was shown on a service called Fite TV, a digital video streaming entity developed in 2012 dedicated to combat sports-related programming. The network distributes free-to-air content and direct to video events. People can subscribe to Fite TV through Roku.

Martinelli has turned MMA into his personal canvas, using his adroit wrestling background to rack up victory after victory.

Three more of Martinelli’s victories have come by punches, a rear naked choke and one retirement.

What’s more, Martinelli stands 5-foot-5, which means his ground arsenal has to be succinctly precise — and it has been. Jesse has beaten lanky opponents six inches taller than him.

Martinelli was born in St. Louis, and moved to Bloomsdale when he was three years old. Jesse is a 2011 graduate of Ste. Genevieve High School.

He graduated from Lindenwood University’s Belleville, Ill., campus with a degree in sports management.

In addition to serving as a Dragon assistant wrestling coach, Martinelli coaches and operates Thoroughbred Wrestling Academy based in Hillsboro.

The academy, several years old, is a 7,000-plus square foot facility offering year-round training to wrestlers. Martinelli wears black-and-gold trunks, the official colors of the academy.

MMA has come a long way from its inception — back when some people called the sport “human cockfighting.”

Martinelli said it has evolved into a “live action chess match with a technically thought out process.”