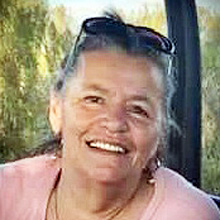 Burial was at Sacred Heart Catholic Cemetery in Ozora, MO

Mary Lou enjoyed going to church and spending time with her family. She enjoyed being a mother, grandma, and great grandma. She was a friend to many, especially Pixie and Charlie. She loved sisters day and enjoyed being a Godmother. Her faith was undeniable.