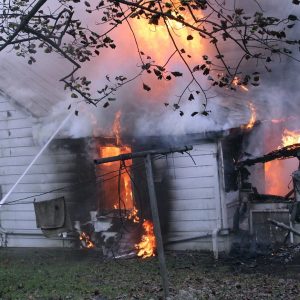 The location was on South Gabouri Street, just to the south of the South Gabouri Creek.  First arriving units were met with heavy fire on the rear of the structure and two cars burning.

The fire was brought under control in about an hour.  One occupant was treated for smoke inhalation and two canines perished in the fire.

Crews were on the scene until about 7 p.m.

The cause of the fire was determined to be a malfunction in one of the cars, which caught fire and extended to the structure.

This was the second house fire within the Ste. Genevieve city limits in five days.