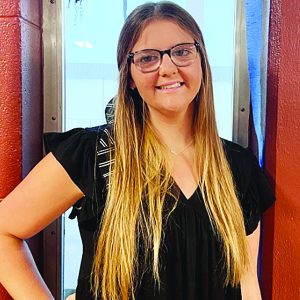 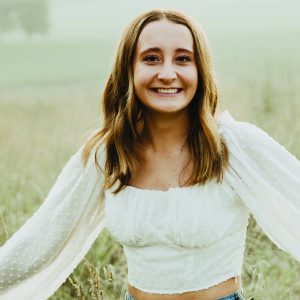 Ste. Genevieve High School senior Kali Schweigert and Liv Linderer from Valle Catholic High School have been named the Rotary students of the month for October.

Schweigert has been ranked in the top 10 percent of the Class of 2022, earning “A” honor roll distinction each semester.

Schweigert has been an active member of the student council, National Honor Society, French Club, and been manager for both the Dragon boys’ basketball and volleyball teams. She attended Missouri Girls State in Warrensburg last summer.

Kali volunteers in the community; she plans on attending a to-be-announced four-year university — with the goal to major in one of the following: criminology, criminal justice or forensic psychology.

Schweigert is the daughter of John Schweigert and Kim Brown.

Linderer has work experience as a teacher’s aide at the Early Childhood Development Center and Luna’s Shaved Ice as a manager. She also enjoys taking photographs in her spare time.

She plans on attending college upon completing graduation from Valle Catholic, pursuing a degree in radiology and diagnostic medical sonography.

Linderer is the daughter of John and Jennifer Linderer.