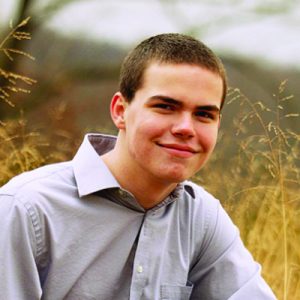 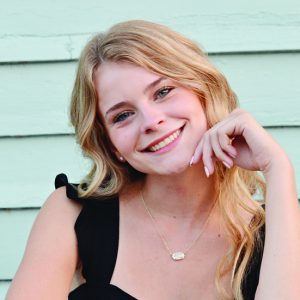 Metzger currently carries a 4.12 grade-point average, tied for first place among the Class of 2022.

She has taken many college prep and dual-credit courses throughout her academic experience at Valle Catholic.

Metzger was a “Forever A Warrior” essay scholarship recipient as a freshman, and she won additional scholarships last year as a junior. Reese has helped and volunteered at many community events.

In extra curricular activities, Metzger has been a four-year member of the Valle Catholic Dance Line, serving this year as co-captain. She also serves as the National Honor Society secretary, Student Ambassador LEAD team and Book Club.

Metzger has worked since September at Bloomsdale Fun Farm, managing the children’s rides and helping out at the concession stand. She also works as a nanny and instructor at Dance Express and Tumbling.

Miget is currently ranked second in the graduating Class of 2022, earning “A” honor roll each semester. He has been enrolled in chemistry, economics and other college-level classes.

He is a member of the Principal’s Advisory Group, Fellowship of Christian Athletes, Math Team and served as treasurer and president of SGHS’ chapter of the National Honor Society and student council treasurer.

Reese is the daughter of Alan and Jill Metzger. She plans on attending a four-year university, majoring in psychology with minors in criminal justice and dance.

Andrew is the son of Jay and Shannon Miget. He plans on attending the Missouri University of Science and Technology in Rolla, with a major in physics and emphasis in secondary education — with the goal of becoming a certified teacher.