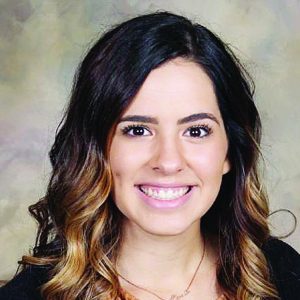 Ste. Genevieve’s Lani Yamnitz was two strokes away from qualifying for the Class 2 state girls’ golf tournament. (SUBMITTED PHOTO FROM THE STE. GENEVIEVE R-II DISTRICT/Special to the Herald)

However, Yamnitz carded a 100 — which was two strokes short of qualifying for the MSHSAA Class 2 Tournament, which began this past Monday morning at Columbia Country Club.

“Lani has improved immensely from last year,” Ste. Genevieve head coach Rachel McDaniel said, “and to be two strokes off is phenomenal. She didn’t let one bad shot or hole take her out of it.”

McDaniel said Yamnitz already is hungry for next year. Lani was three strokes away from qualifying for state as a sophomore — so she keeps knocking on the door.

Yamnitz was able to stay within striking distance of qualifying using her finesse and short game.

Mia Schweigert turned in the Dragons’ second lowest score with a 114, which was one of the best-ever  18-hole rounds the junior has put together.

“Mia has really improved since last year,” McDaniel said. “I loved watching Mia grow this season, and I am looking forward to watching her take on next season.”

McDaniel said it wasn’t “limited knowledge” of Crescent Farms that troubled the Dragons — rather it was the weather.

The weather was dreary with rain and 15-20 mph winds blowing from the northwest thanks to the passage of a cold front during the morning.