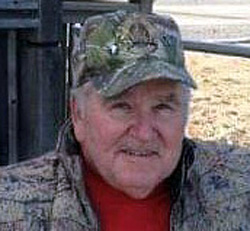 Visitation was at Basler Funeral Home in Sainte Genevieve, MO on Wednesday, October 6, 2021 and Thursday, October 7, 2021.

Burial was at Valle Spring Cemetery in Sainte Genevieve, MO

Memorials can be made to Valle Football Association

He was a member of Knights of Columbus 1037, Am. Legion Post 150 & Valle Athletic Club. He served in the US Army with the 101st Airborne Division. Jim was a lifelong outdoorsman, he enjoyed hunting and fishing. He was a Valle Warriors life long fan. Jim enjoyed spending time with his family and his dog Molly.