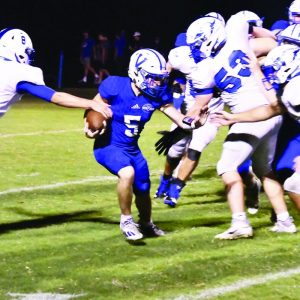 What’s At Stake: Two of the most dynamic offenses in southeast Missouri will try to pile on the points.

Admission: $3 for adults and $2 for students

Series: Valle Catholic has won the past three match-ups dating back to the early 2010s.

Admission: $3 for adults and $2 for students.