Janet Marie Yarbrough was born on May 20, 1942. She was raised in Ste. Genevieve, Missouri where she met her husband of 59 years, Kenneth Yarbrough. Janet went home to be with her savior Jesus Christ on September 13, 2021. Her loving husband was by her side until the end.

She is survived by her beloved husband Kenneth, oldest son Todd (Jenny) and youngest son Chad, her younger brother Gary Buckholtz (Carol), her sister-in-law Beverly (Yarbrough) Sandberg as well as her four grandchildren and two great-grandchildren. 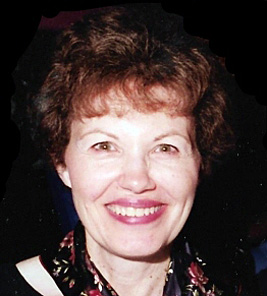 Ken and Janet were married in 1962 and lived in Japan for four years while he was in the Air Force. Following his service, they moved to St. Louis where Janet raised their sons and taught Sunday School for several years. She went on to work as a payroll clerk at a local law firm until her retirement. For the next four years Ken and Janet roamed the country traveling and seeing the sites of the American West which she thoroughly enjoyed. Ken and Janet moved officially to Florida in 2014 after splitting time between Florida and St. Louis for six years. They became members of Fort Myers Evangelical Free Church where they embraced and were themselves embraced by their fellow church members.

Janet’s greatest joy was being with Ken and with her kids, grandkids and watching videos of her recent great-grandchildren. She loved card games with her family, she could play rummy all day long. She spent countless hours working her jigsaw puzzles and was ready to celebrate when she completed an especially difficult one. She was quick witted and was blessed with a beautiful sense of humor. Most of all, she cared for others and was focused on the needs of her friends and family. She loved Jesus with all her heart. Janet always had a smile and is smiling down on us right now.