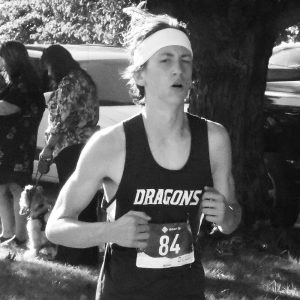 OAK RIDGE — The Valle Catholic High School girls’ cross country team was the class of the field at the Oak Ridge Invitational on Tuesday, Sept. 21.

The Warriors totaled just 40 points, 16 less than Woodland, to win the meet.

Valle Catholic was buoyed by the performance of Madelyn Griffard and Camryn Basler, who finished second and fourth, respectively.

Zoughaib said with Kist and Ritter running better at each meet, that will make the Warriors’ depth tough to beat. Sophia Varga ran in the junior varsity girls’ division.

On the boys’ side, Peter Roth earned yet another top finish. Roth was fourth overall with a time of 18:13.

“This was the 24th year to host the middle school race,” said Ste. Genevieve head coach Sierra Boyd. “It is awesome to be able to continue the tradition that started with Coach (Brian) Jett.”

Jackson, Arcadia Valley and Festus were among the teams to run.