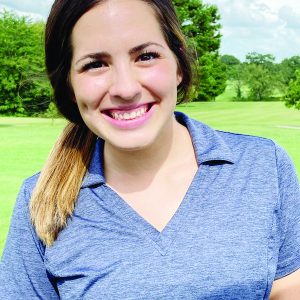 ZELL — For the first time ever, the Ste. Genevieve High School girls’ golf team played host to a full-fledged tournament.

The Dragons placed third out of six teams, putting together a team composite score of 419.

“It was really nice to finally host a tournament on the girls’ side,” said Ste. Genevieve head coach Rachel McDaniel. “With more girls teams popping up in the southeast region, we had a lot of interested teams.”

McDaniel said it’s all about growing the tournament at this point, with Ste. Genevieve Golf Club serving as the first-class venue.

Cape Notre Dame Regional was the winner, needing just 334 strokes as a team to earn the first-place plaque.

The Dragons were six off the pace from Union (413), but finished ahead of Fox by seven shots.

It was a banner day for Lani Yamnitz and Etta Heller, with both girls receiving medals for their fine play.

Yamnitz carded a 97, which was good enough for sixth place. Meanwhile, Heller shot an even 100 — in a tie with two other golfers for 8th (Avery Bader, Cape Notre Dame) and Alisha Skiles (Union).

“It was really exciting to have both girls medal,” McDaniel said. “Etta has been on the cusp of big finishes throughout her golf career, so to have her medal in her senior season at our first tournament was awesome. Lani has worked hard in the off season, so it’s really fulfilling to watch that hard work pay off in a medal.”