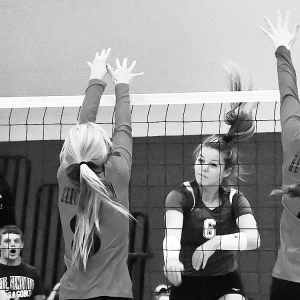 CAPE GIRARDEAU — The Ste. Genevieve High School volleyball team lost in the second round of the Dig For Life Tournament this past Saturday.

The Dig For Life Tournament was an intense, two-day, near-60-team tournament with a lightning-quick format.

How teams fared in the cross-pool match ultimately determined where the Dragons ended up in the bracket.

“The girls had moments of great volleyball,” Basler noted. “But, we were inconsistent throughout the weekend on some of the basics such as communication, serving and passing.”

Basler said the tournament will help the girl refocus during this week’s practices. The Dragons used a different line-up since the squad is reeling with unspecified injuries at this point.

It was a busy week for the Dragons with eight matches during a four-day period, starting with last Tuesday’s three-set sweep over Herculaneum. Windsor topped Ste. Genevieve  Thursday.